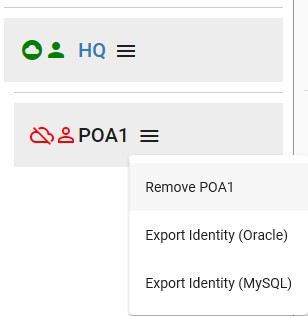 Now the enterprise tree will correctly reflect that this system is not attached to an enterprise.
At the POA which this server will re-join, follow the "Add Former Server" process.